As a 3DS Ambassador (someone who paid $250 when it came out) I have a lot of old games that I downloaded for free. Though I appreciate having them, I mostly ignore them. A few months ago my ll year old cousin began incessantly beginning conversations about Fire Emblem: Sacred Stones. I understood little of what he said, as this was among the first turn-based RPGs he had ever played. Quite frankly, he didn’t know what he was talking about either. Last month I started playing Fire Emblem just so we could both know what he was talking about.

Turns out, Fire Emblem is addicting and amazing. I’m on my second play through of Sacred Stones and also somewhat playing Shadow Dragon. Of course, in my first play through I clumsily fought my way through the story, often killed people that would have fought for me, endlessly restarted chapters as units fell, and spent not enough time in the tower. In my second play-through, I just let Seth kill everyone (more or less) until I got to the tower. I went with Erika this time instead of Ephraim, but since I’m still in my first battle, I can’t comment on the difference.

Becoming obsessed with Fire Emblem couldn’t have come at a better time, as Fire Emblem Awakening is due out next month. I’m resisting the urge to buy this beautifully branded 3DS 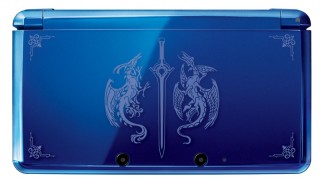 There will be 40 character classes
You can team up for attacks
It’s very pretty
And I am excited.
Advertisement